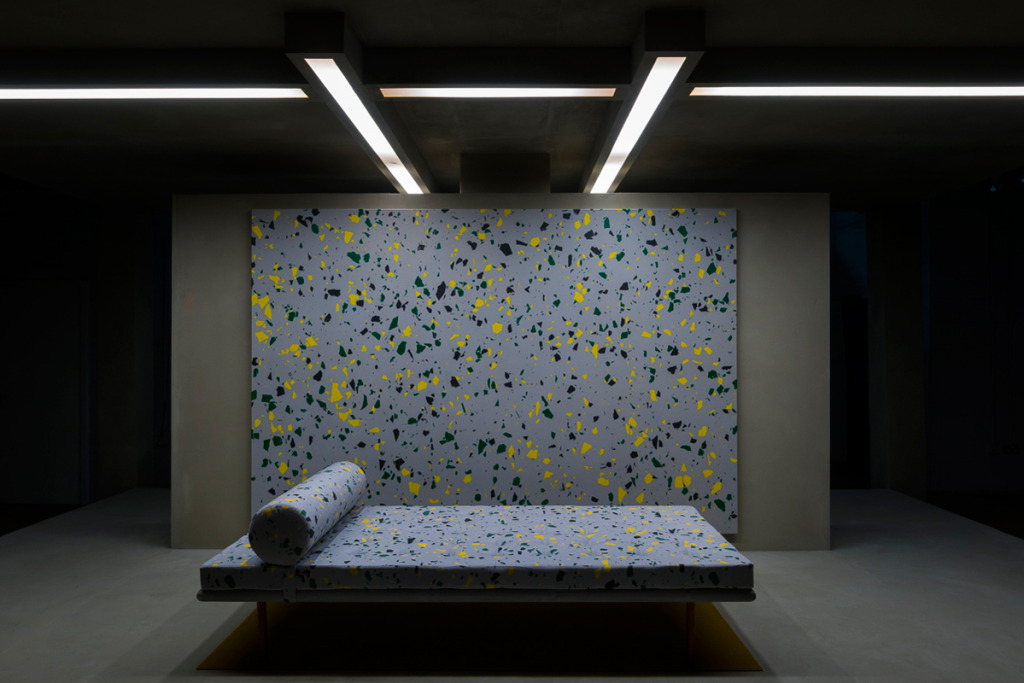 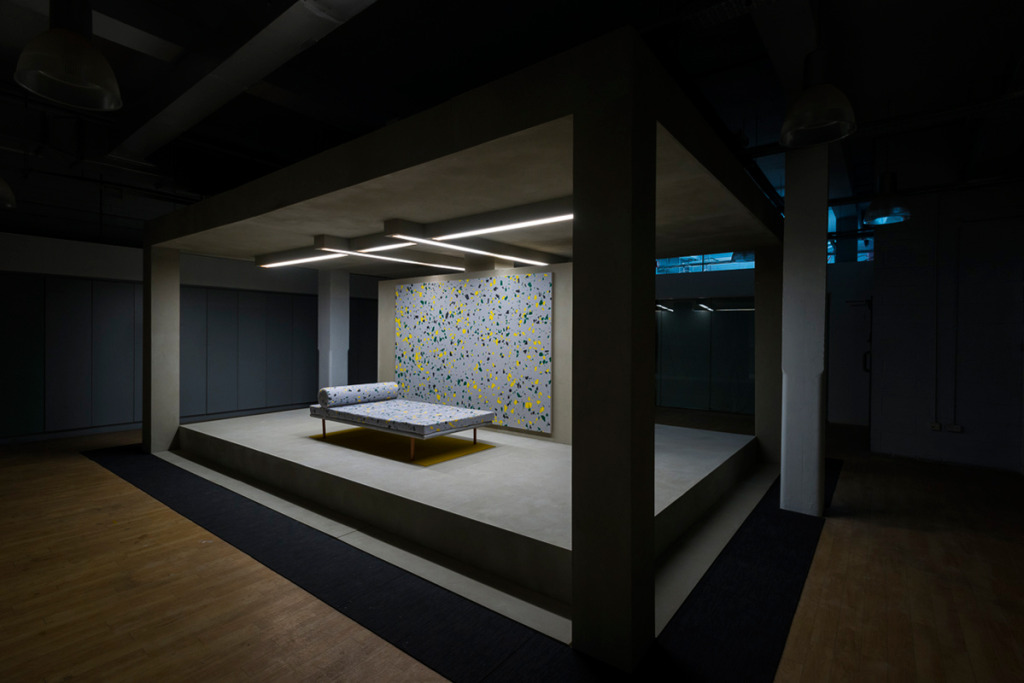 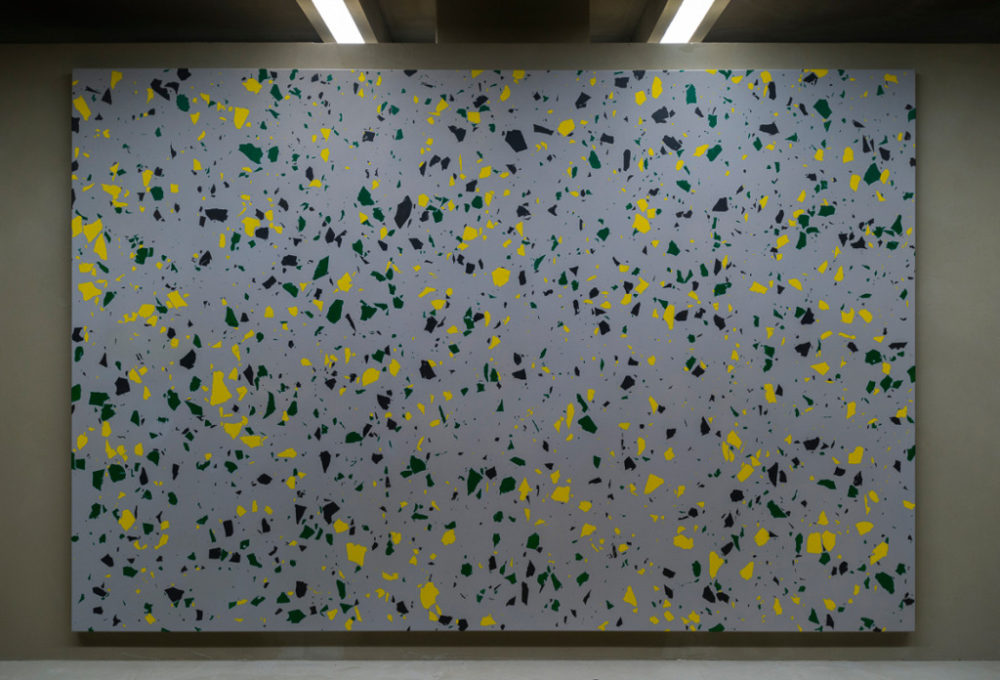 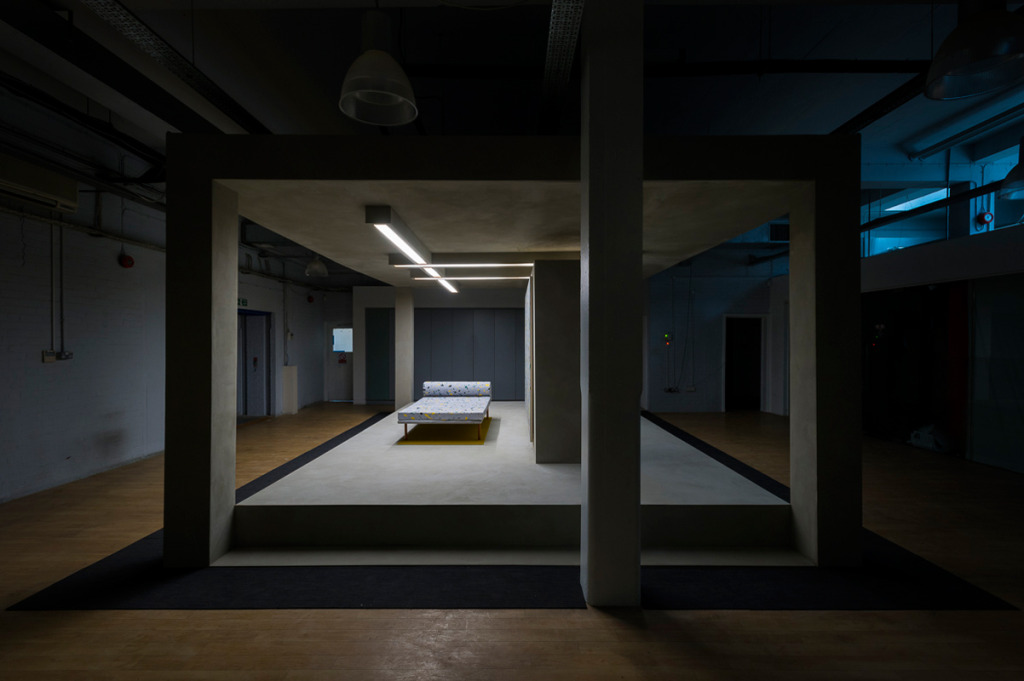 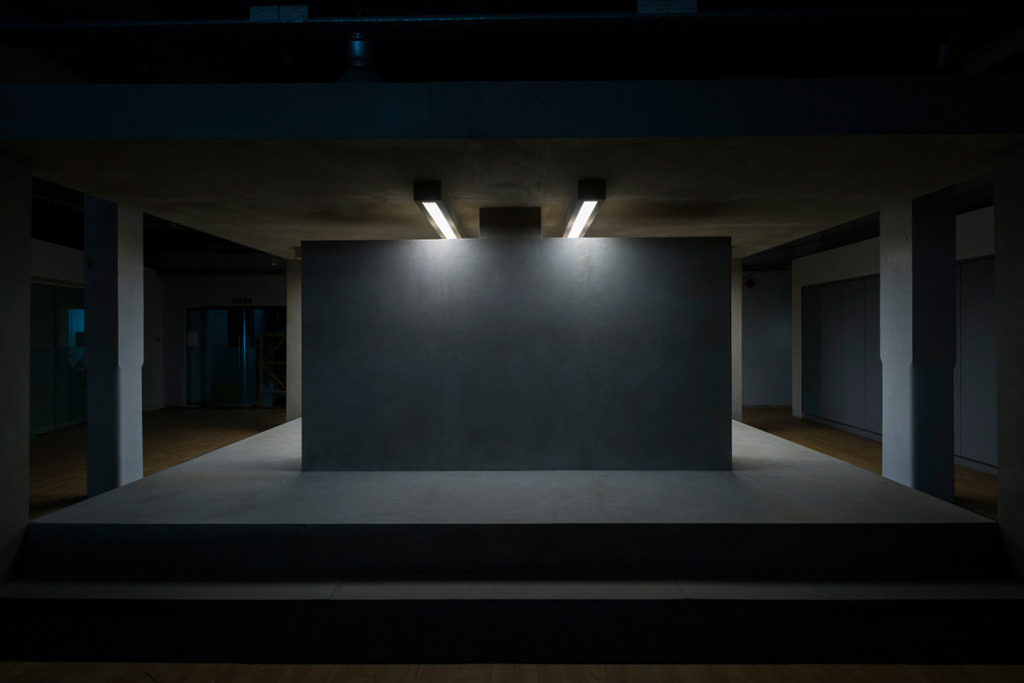 In Pavilion, the architect Gerold Wiederin’s Night Pilgrimage Chapel is envisaged as a crude copy dislocated from its original site at Locherboden (Austria). Here we encounter an altered version where artifice prevails. The cast concrete of the original has been replaced by an imitation surface. The furniture that was designed to accommodate a mass ritual is removed and replaced by a painting and a day bed. Structural elements are deprived of all original religious designation and endowed with a new function in this displacement. The architectural feature of the baldachin, historically derived from the heriatic canopy of state or the cibarium, a permanent structure built over high altars in cathedrals, is now housing a painting to be contemplated whilst resting on a replica of a Mies Van Der Rohe Day Bed. The painting depicts a pattern derived from industrial rubber flooring, reproduced here as an exact enlarged copy. Nothing else is present: this is a hermetic sensorium for the occupant. The buildingʼs modernist strategies have been maintained. The ceiling is supported by a cantilever, which allows it to rest upon the four supporting columns. The frame of the building constitutes a perfect rectangle to view the tableau.

Tamsin Snow is an Irish artist living and working in London. She completed her Masters in Sculpture (2012) at The Royal College of Art. She has recently undertaken a six- month residency at The Royal Hibernian Academy in Dublin. Recent exhibitions include Notes on an Autobiography, ASC Gallery London (2014) and All Humans Do, White Box, New York (2012).

Sarah Tynan is an Irish artist living and working in London. She completed her Masters in Painting (2012) at the Royal College of Art. Recent exhibitions include Bloomberg New Contemporaries at the Institute of Contemporary Art, London (2014) and Notes on An Autobiography, ASC Gallery, London (2014)

Pavilion is the second in a series of collaborative works and the artists first solo presentation in London. In May the artists of been invited to undertake a trilogy of exhibitions at the Oonagh Young gallery in Dublin.