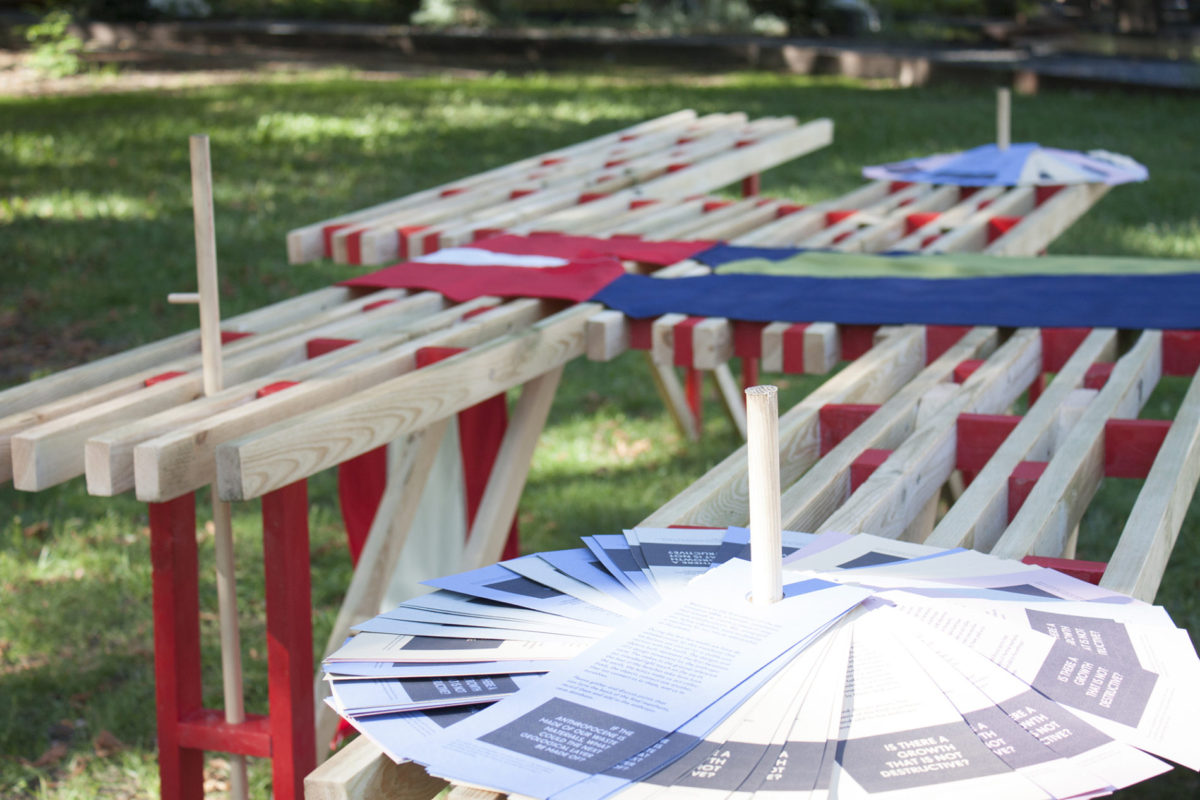 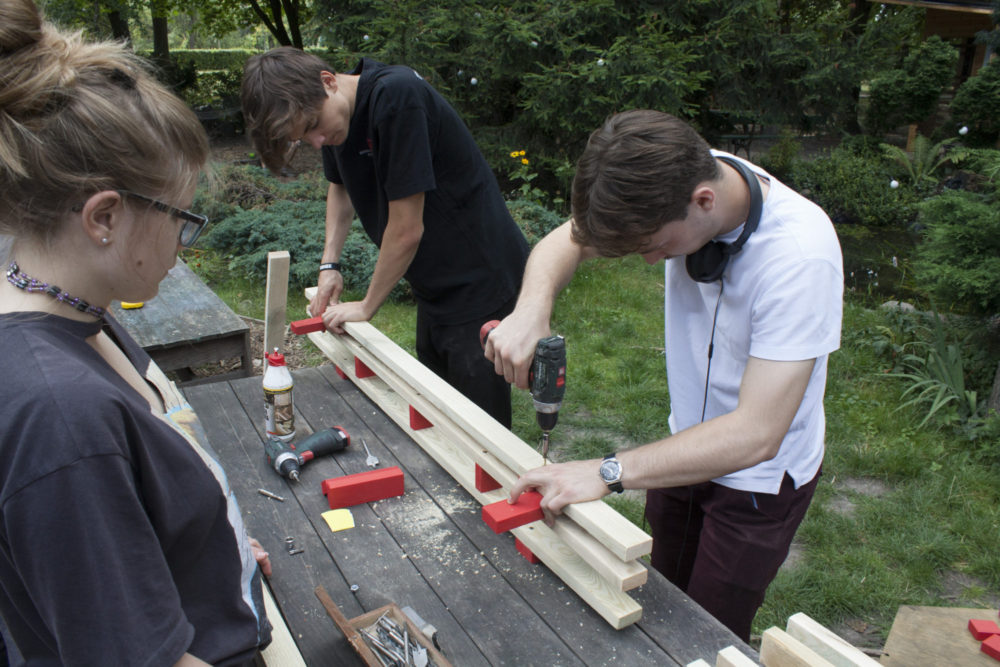 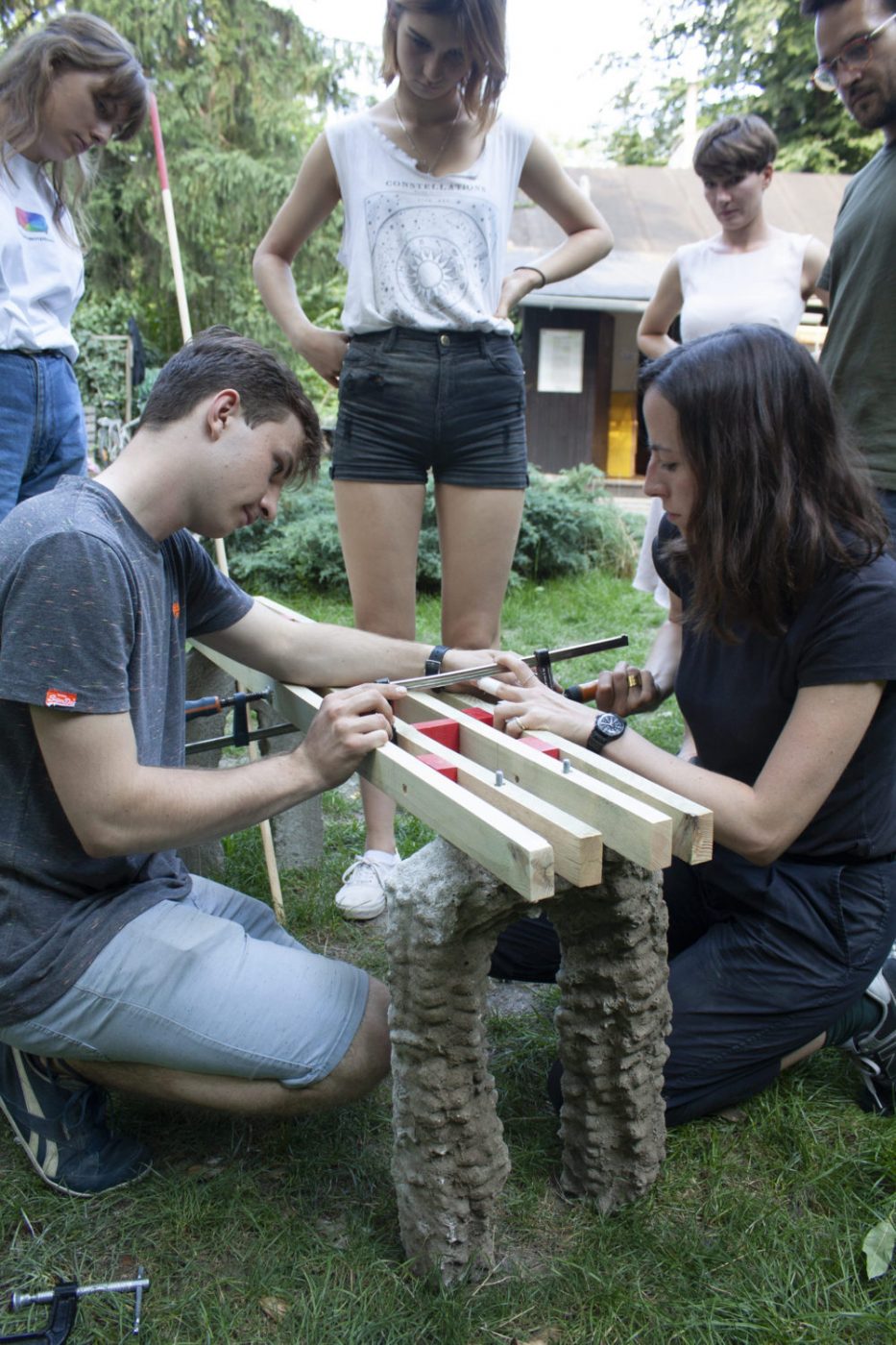 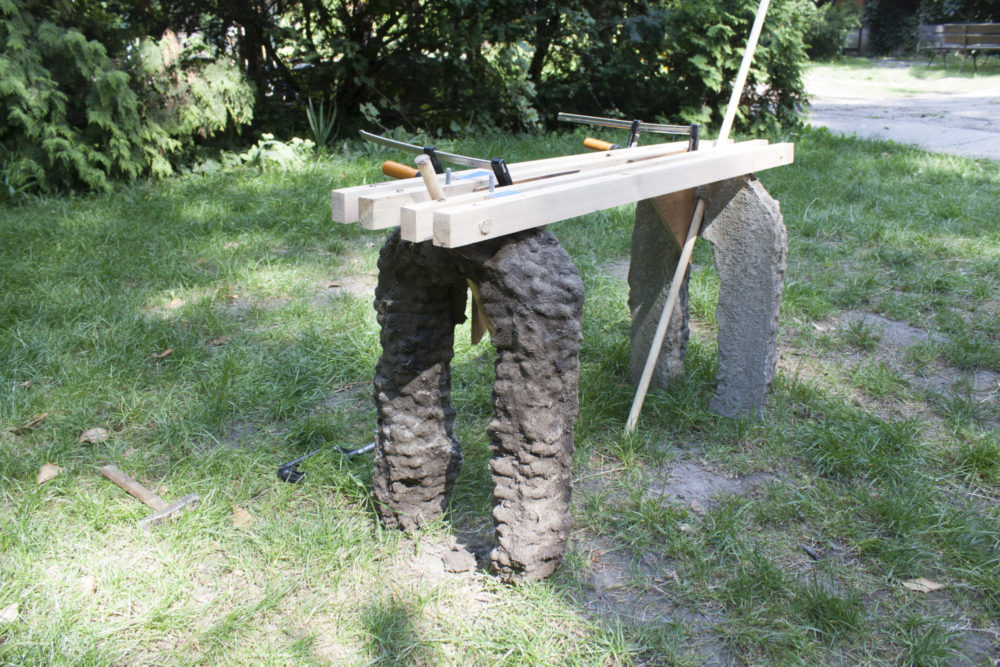 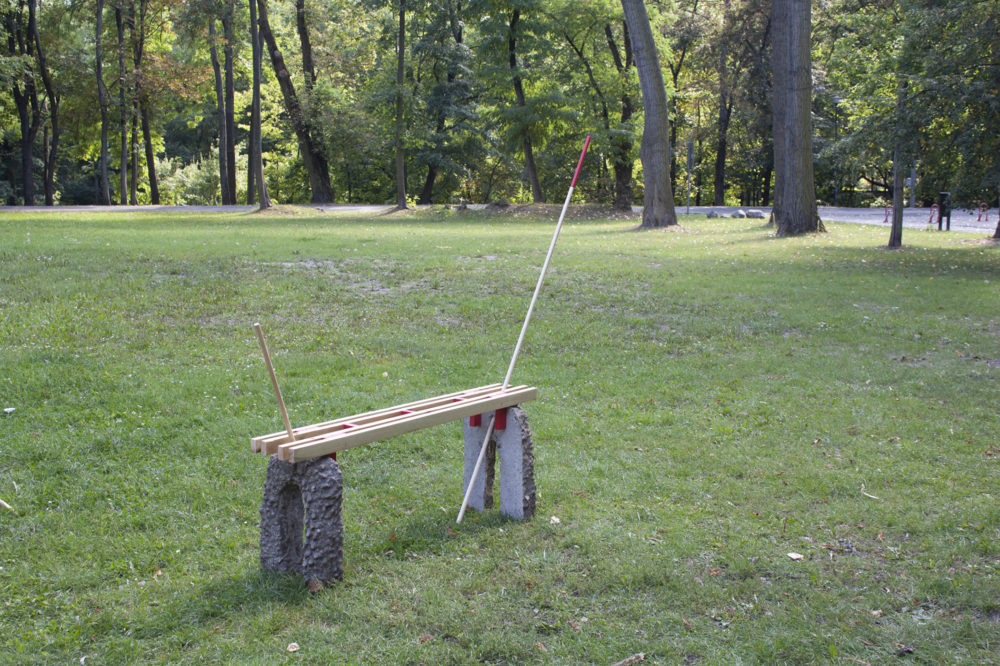 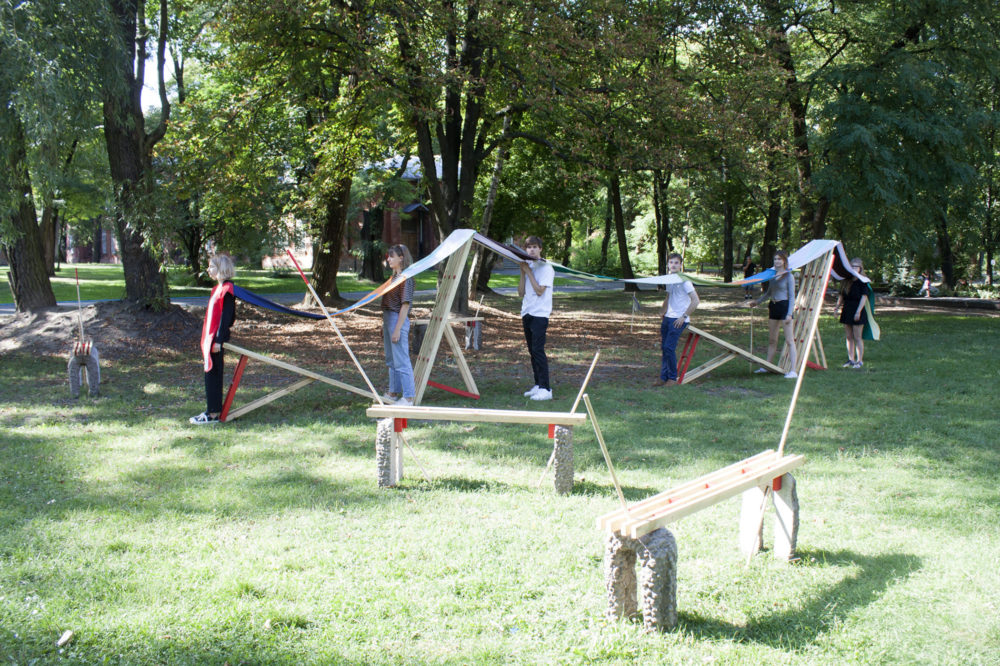 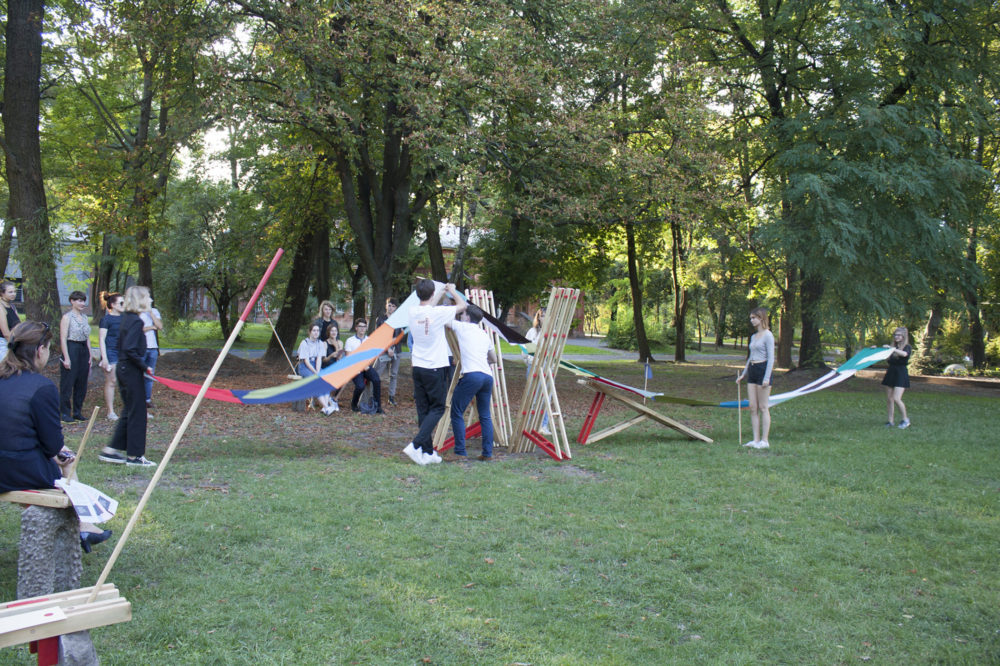 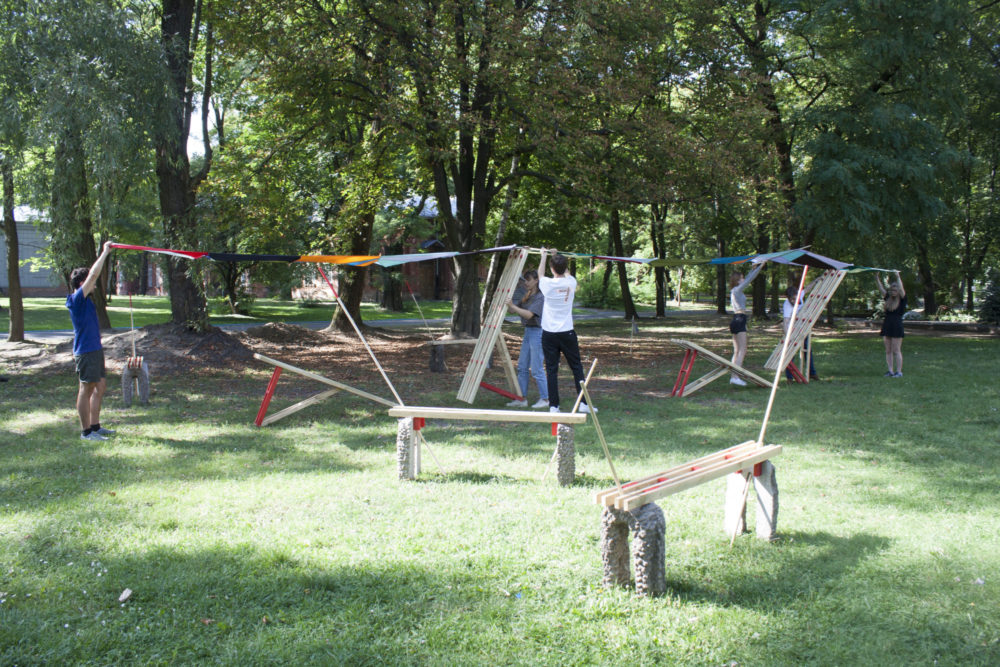 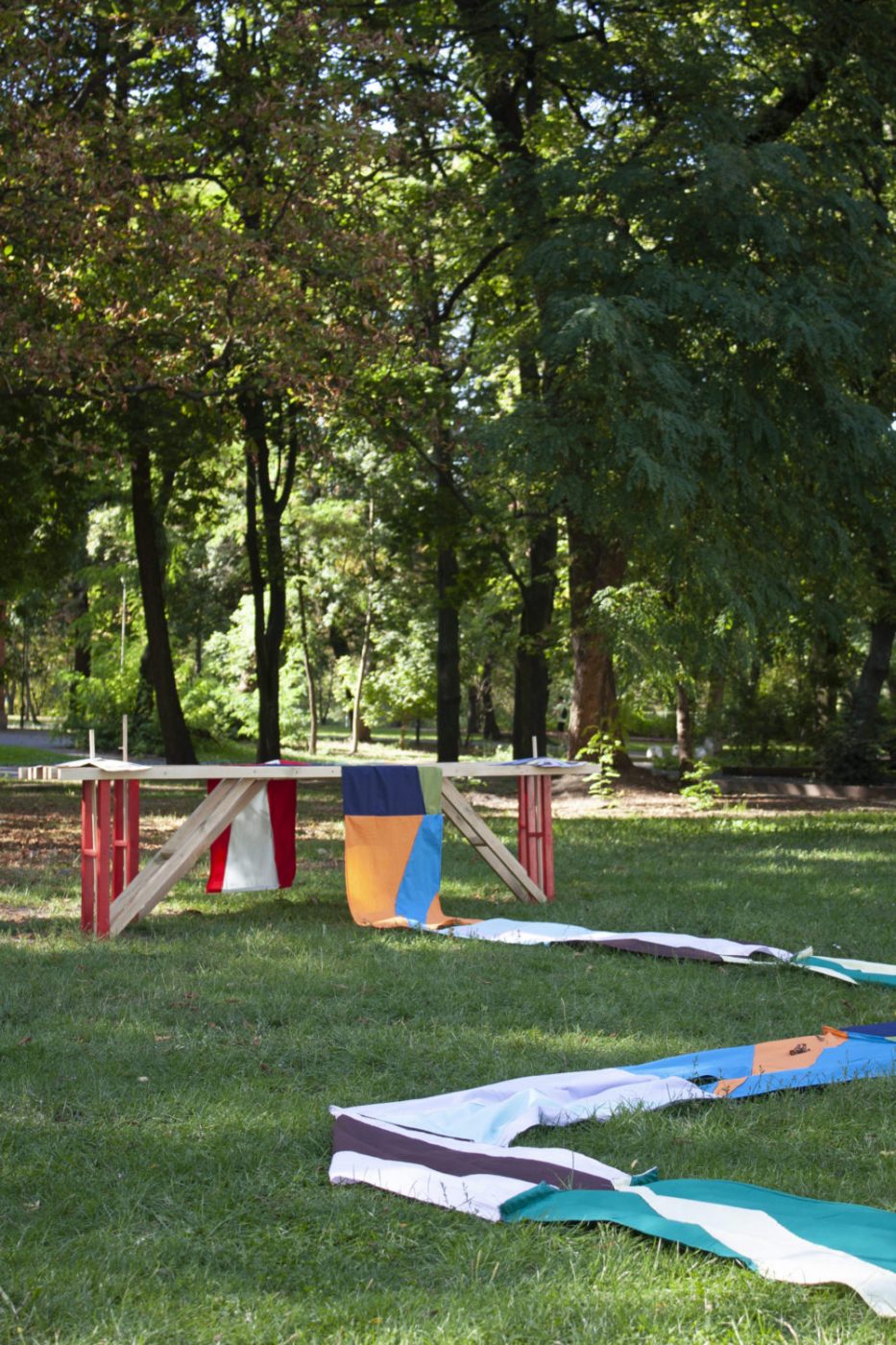 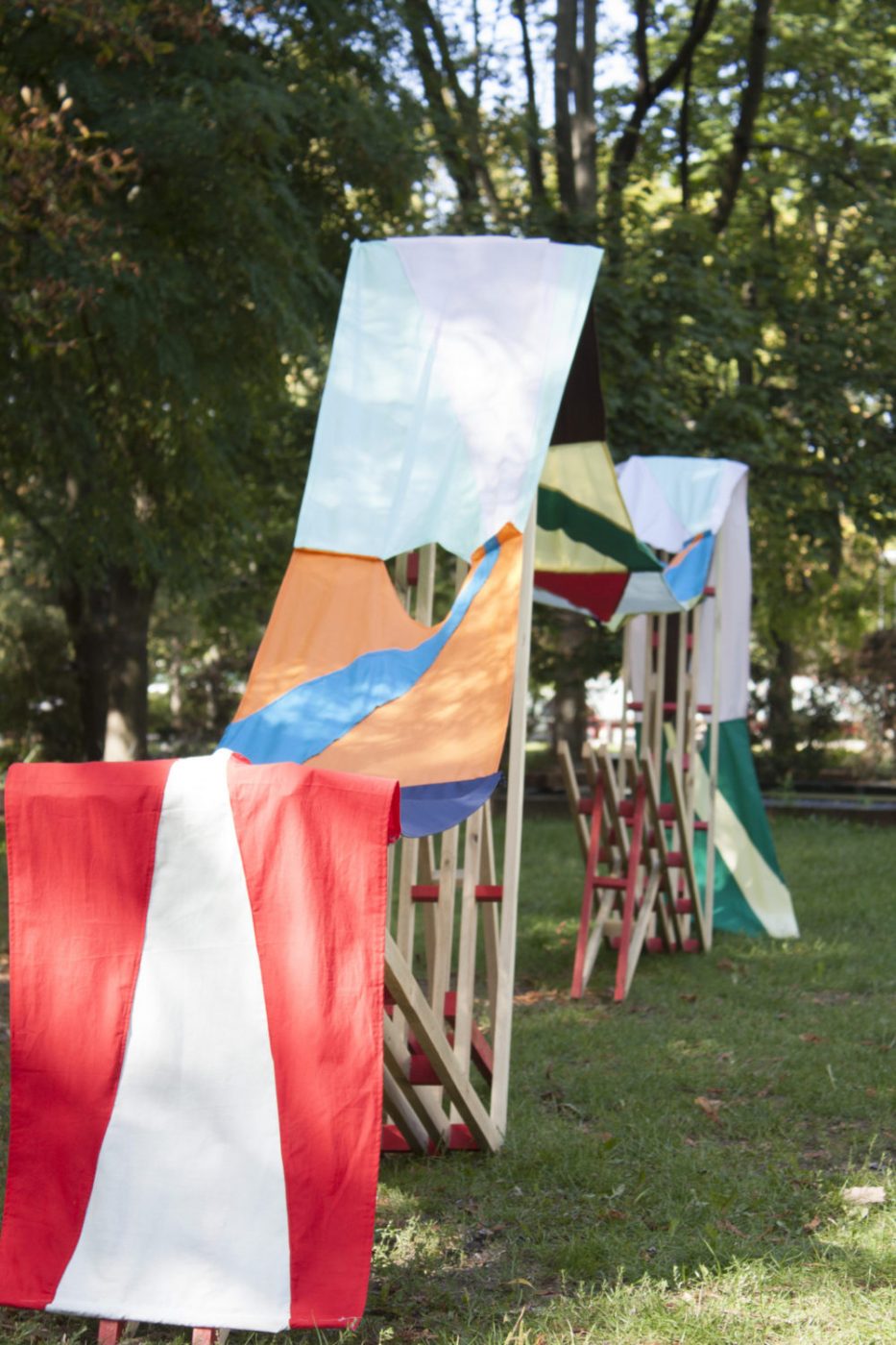 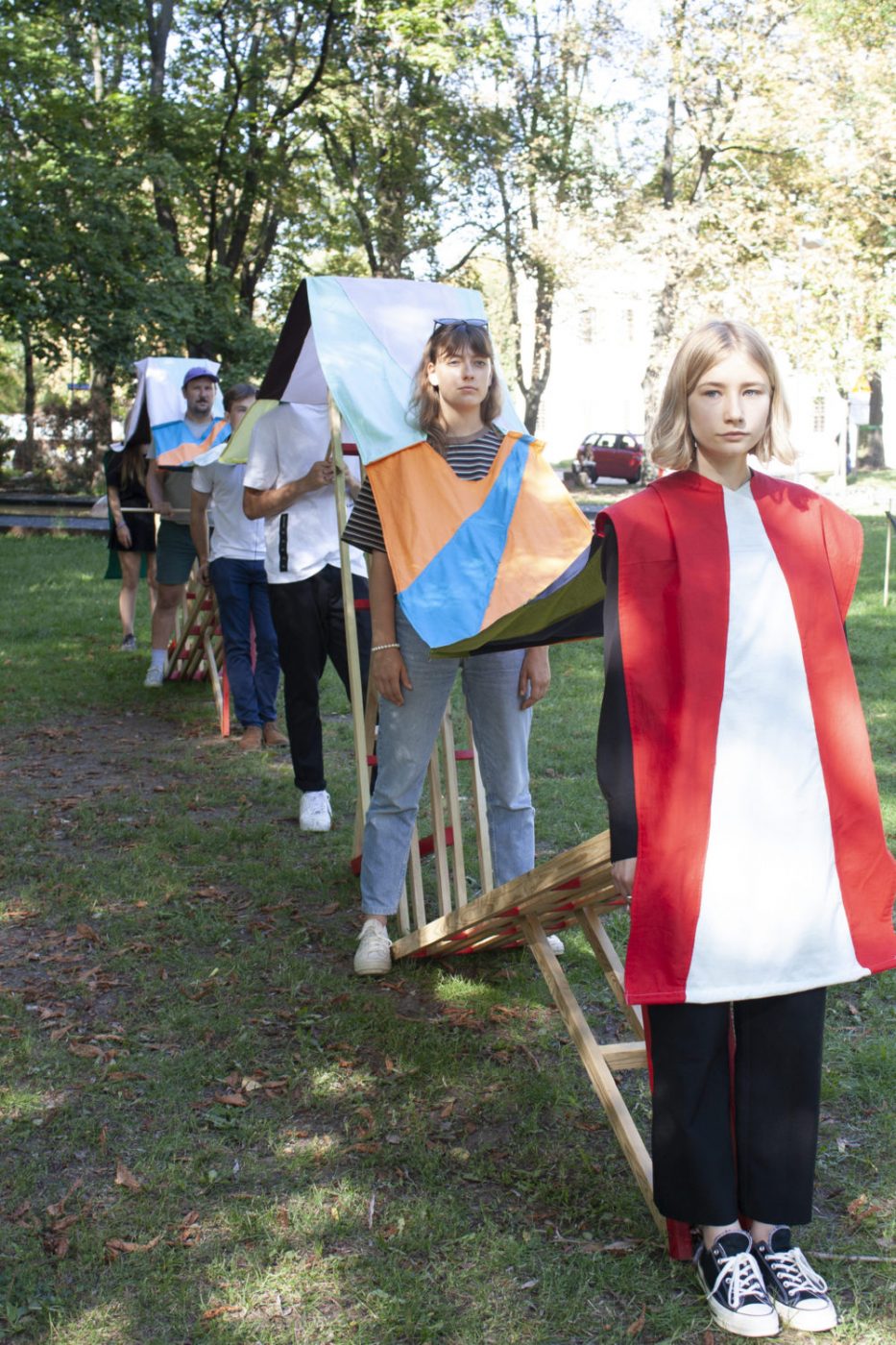 To celebrate its sixth year, this year the Warsaw Summer School teamed up with the Osiedle Jazdow community and U-Jazdowski Contemporary art centre, to design and build a series of nomadic furniture and uniform for a manifesto for the Anthropocene; reflecting our chosen themes and providing the vibrant local community with an exciting new civic-spirited asset of cultural value. During the two weeks the students developed points for the manifesto. The designs and objects built over the two weeks represent the first iterations of a design movement for the Anthropocene. The students began by developing site games and cartographies for the site before beginning to develop the manifesto. Each year the summer school develops a unique making process to introduce to the students. This year we explored earth casting with concrete.

Students spent the first week developing points for their manifesto alongside the designing of the furniture. A number of iterations were developed before they decided upon six key themes: rethink the human Hierarchy, slow production, open source knowledge, replace what you take, have a light touch on the earth, make plastic precious. These points were presented to the public during the final event, the points were intended to be starting points for the public to develop and add to, building the manifesto as a group.

The students began the first week by designing site games related to the first points developed for the manifesto. In groups of three the students used the idea of having a light touch on the earth to invent ways to map the site that we would be exhibiting on next to U-Jazdowski Castle. The students analysed the sonic qualities of the site, visibility on the site, and the mapping of tree roots. The site games gave the students the programme for their design as well as the space within which the round table event would take place.

The students had a number of different methods for turning their mapping strategies into diagrams, the drawing on this page in the combination of each of the maps drawn from the 3 groups. This map helped us decide where to place the final installation.

Half way through the first week the students were introduced to earth casting. A number of test designs were created by digging form into the earth and pouring concrete into the voids. The students used the technique to design legs for the benches; designing a formwork that sunk bolts into the concrete as well as keeping the internal reinforcement bar in the correct place. The nature of the process allowed the fingerprints left from digging the forms to show themselves in the final pieces as small bulges on the surface of the concrete.

It was decided early on in the design of the manifesto that the final event would have a performative aspect to it. The performance began as the first few members of the public arrived at the event. The students choreographed and performed a complex series of moves that used the separated pieces of the table and the long tunic to create a series of changing sculptures before building the discussion table and collectively wearing the tunic, collecting and presenting the filled out manifesto questions.